youth equipped this year to have a successful future and make a difference in their community.

adults empowered to further their careers, engage in their community and celebrate their culture.

HOLLAND, MI – There are always a brave few who march in front of the wave of progress, arriving at the doorstep of adversity before change has opened the door for them. These are the people who lead their communities and choose their own path before the world can choose it for them.

Rosa Estrada was born under the bright Los Angeles sun, where she lived with her family for the first three years of her life. When she was three years old, her family moved back to their home country of Mexico.

Estrada spent the next 15 years in Michoacan, Mexico. After graduating secondary school, she decided to spend the summer in the United States.

Estrada had a cousin in Zeeland, Michigan, and it was through this connection that Estrada first arrived in west Michigan. Her cousin had children that needed to be babysat, and Estrada was glad of the opportunity.

When the end of the summer came, Estrada decided not only to stay in the US, but became determined to make a life for herself.

With help from a local staffing agency, Manpower, Estrada was able to secure a full-time job at a local factory, while also working at a McDonald’s on weekends.

After less than a year at the factory and McDonald’s, Estrada applied to the automotive technology giant, Gentex, which is based in West Michigan. With very minimal English, she worked on the assembly floor, trying her best to understand directions and complete her work.

“One of my major concerns was that I had to pretend that I spoke English, and hope that I could learn it,” Estrada said.

For Estrada, the language barrier was easily the greatest challenge she faced while trying to build her career. It took constant effort to make sure she was understood and that she was understanding others.

This is not an uncommon plight for Spanish speakers, especially in manufacturing, which can raise a serious safety concern. Despite this, it did not take long for Estrada to gain confidence and become empowered in her workplace. She was set on going further.

Rosa decided to enroll at Grand Rapids Community College, where she could take classes while still working at Gentex. Even with her English improving at work, Estrada worried about her skill level going into her courses.

“All I could do was hope I’d understand the classes,” Estrada said, “it was just like when I started at Gentex.”

Once again, Estrada stood and faced the challenge.

She obtained her Associate’s degree with a 4.0.

Now with a degree and excellent marks, Estrada was able to get her foot in the door of Gentex’s quality department. In this new department, she would meet the man that would be her boss for over 10 years, Chief Financial Officer, Kevin Nash.

“The opportunity I’ve had to grow has been incredible,” Estrada, “and [Nash] is super supportive, I know he is proud.”

Estrada felt that once she had been given her chance, everyone wanted her to succeed. The supervisors on the floor encouraged going to school, and her coworkers in the accounts receivable department never made her feel like she did not belong.

“As a Latina, sometimes we come with a prescribed path,” Estrada said, “but you make such a leap to leave your home country, so make sure you reach the highest version of yourself.”

Today, Estrada is a corporate controller, leading the accounting department, with several people reporting to her. She has also received her MBA from Grand Valley State University with near perfect grades, for which she received the Dean’s Citation for Academic Excellence.

Estrada is on a committee at Gentex that has planned and created Spanish-only lines on the production floor. With her own experience, she said that it meant a great deal to her to make these lines a reality.

Estrada and the Gentex team have worked to make the workplace a more equitable place for all their employees. Estrada was not only able to work her way to success, but also to turn around and hold the door open for others.

“Do not create barriers for yourself, celebrate little milestones, one thing at a time,” Estrada said, “you’ll be surprised.”

Empowering Latinos to participate in creating a better community for all through advocacy, celebration & education. 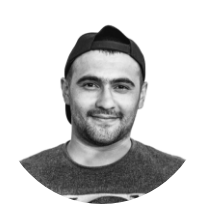 Whether you are new to the area or a longtime member of our community we’re excited you are here and ready to answer your questions! Fill out this form and we will be in contact.